Here are some fun pictures that I took with a self timer; it is pretty much hit or miss, but they are pretty funny.  I do a trampoline workout about 3x a week.  It ends up being a good strength, cardio, and balance enhancing workout for the entire body!  This trampoline is dug into the ground so that you can easily jump on and off and try tricks that might be a lot more dangerous otherwise. 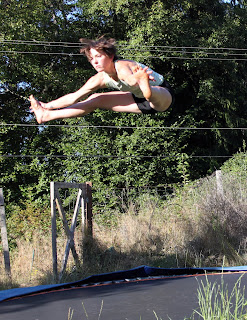 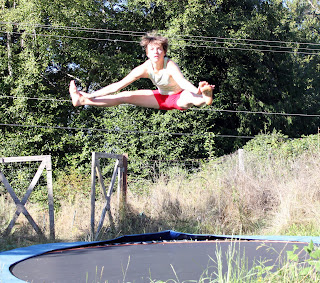 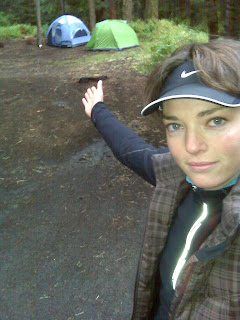 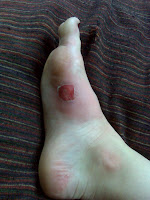 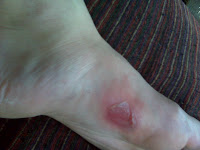 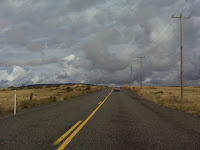 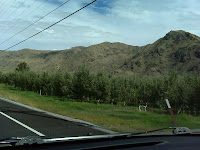 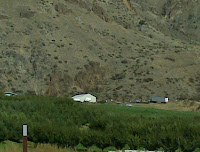 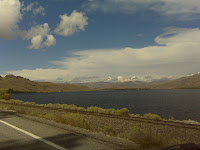 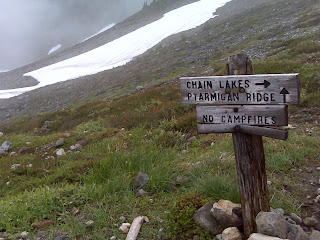 It's a bit of a summer tradition in my family to rent cabins at Baker and do some hiking.  This summer I was pretty excited to head out early in the morning and get in a few long mountain runs.  As it turned out, the Baker weekend was very rainy and I went over to Bellingham's Chuckanut mountain and ran the Chuckanut trail systems instead of the Hannegan Pass run I had all mapped out.  A bit disappointing considering how close I was to Baker, but a good choice due to the questionable weather.  It rained almost the entire 4.5 hour run, and it was nice to be under some tree cover for the majority of my run.
I did some hiking as well on Saturday, which turned out to be the only mostly rain-free time on the entire trip.

This is what I'm up to this weekend!  The course is a 50K, measuring just short of 31 miles, with about 7,000 feet elevation gain.  Looks like quite a nice climb all the way to mile 18.  This race is particularly exciting as it marks the end of the 2010 Washington Ultra Series.  I've managed to do all the races in the series, and I'm set to finish the last one on Saturday.  Despite keeping up some good training these past few weeks--Dodger Peak 50K and part of Chuckanut 50K as training/fun runs-- my body is feeling great!  No nagging pain.  For the last few races I've had a few minor aches even before the race, so it's a nice break.

Race is located just south of Cle Elum in the Wenatchee National Forest and starts at the Taneum Junction Campground.  The course follows the South Cle Elum Ridge (#1326) and the North Fork Taneum Creek (#1377) trails. If it's not raining too hard I'll bring my camera and take some shots along the way...maybe...

Race report coming next week...
Posted by Candice at 11:48 PM No comments: 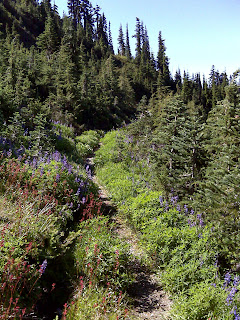 There is a great need in me to be in the mountains running.  I am considering doing a 50K distance at least once a week for as long as I feel the need. It's in the works.  I may not be doing it in the mountains every week, but I'd like to make it to the real mountain trails at least 1-2 times a month.   Meaning I am putting  it out there and letting everything fall into place.  It will mean getting a little less sleep once a week to get up before the crack of dawn and run.  I'm at the point where this is a very exciting idea.

Last weekend I made it to the Olympic Peninsula to do a solo 30 +/- mile roundtrip run up to Dodger Point, 5,700 feet elevation.  The run began at Whiskey Bend near the Elwa River.  The Elwa River access is a little west of Port Angeles on Route 101.   I wondered how a solo run 15 miles out on a remote single track trail woud go...anything could happen out there.

I wore my nathan Hydration pack filled with gatorade (I usually use Nuun but didn't plan ahead).  The pack carries 70 oz of water.  I also carried two hand bottles with regular water.  I had to carry enough water for the entire run, as I did not know whether there would be any out on the trail. Then I packed some energy gels, two bananas, and a peanut butter Clif bar.

As it turned out there were a few little streams, but I did not need to refill my water bottles.  I only needed 1 gel, 1 Clif Blocks energy chews, 2 bananas, and the Clif bar. I am trying to use as few gels as possible.  I really prefer real food like bananas, although they are bulkier.

The run took me 6 hours, which included stopping to take photos all along the way, and a few stretching stops.  Couldn't resist photographing the trail and this happened to be the first time I brought my Blackberry on a run with me.  I am guessing that the overall elevation gain would be between 5,000 and 6,000 feet.  The trail begins rather innocently for the first 3 miles, rolling up and down with views of the Elwa River and treed hills.  It is beautiful!

After you cross the bridge over the Elwa the trail begins to climb and doesn't stop until you reach the top of Dodger Peak.  There are a number of flat-ish parts, but the trail just keeps gradually going up~ up~ up.  There are no downhill parts, none, after the bridge.  Let me explain: the grade is mellow enough that you don't feel like you can use it as an excuse to walk, but if you look behind you the trail slants down considerably.  Do this for 12 miles and you will want to--Ahhhh! It's a playful scream.  I do enjoy running uphill, but I really looked forward to the run back!

The run back turned out to be a blast!  I cruised quickly down the mountain jumping trees, dodging branches, dancing through rocky stretches, and spinning through the corners.  There is a long section of switchbacks that is a lot of fun.

Here are some pictures from the trail: 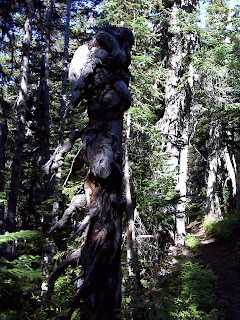 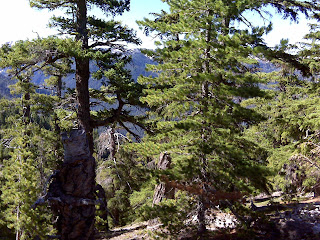 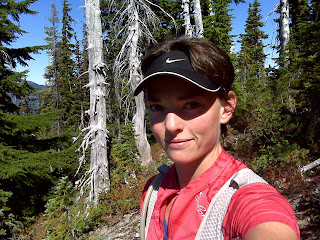