Ok, so it was just a 50k.  I think I was actually the first to say, that's it I've had enough. You see I was a bit apprehensive to do a 18+ hour 100k in the first place (a little looong for me, believe it or not I have a short attention span and so I like to go a bit faster). When it turned into a 24+ hour 100k I began dreaming of IPA's and the cold coke in my car... 24hrs plus?!?! you say.  Let me paint a verbal picture. Our first 5 miles was up Mailbox Peak. Who knew a trail could go up 4,500 feet in just 2.5 miles?  Add in some snow. Ok, a lot of snow and you see how slow the route can be.  I loved it.  Even the sharp as glass top layer on the snow was okay. I left a trail of blood down the mountain by my bare ankles.  I didn't mind, the sun was out and the group's energy was high.  I settled into the first group and we picked up the pace on the downhill and ran most of the hills to the first mobile aid station (thanks lovely volunteers!)
I was just coming off a 4 week long health crisis of sorts and part of my enthusiasm was being able to actually run!  There's no better way to appreciate the present moment.  Truly there was nothing I'd rather be doing. That just happens to be how I live my life. I cannot see any good reason to spend my time doing something I don't enjoy.  Which is why I'm cutting my ankles making tracks through crisp snow on a Wednesday morning.

As it turned out, the epic snow trek was to continue throughout the day.  Our second big climb was also covered in snow.  Even more postholing, seemingly endlessly steps--- at times as slow as 1 mile an hour, a line of adventurous ultra "runners" excited to reach the summit.  Not to worry, one gal said, it's 7 miles downhill from here on a logging road. It will be fast.  By now, we were averaging less than 3 MILES AN HOUR!  We'd gained some ungodly amount of vert and the road that was supposed to be fast was a blanket of snow that we sunk up to our thighs.  By the time we hit bare ground at the base of Big Si, my feet had been numb for many hours and I worried that maybe I had frostbite. Slowly they unthawed on that painful descent. 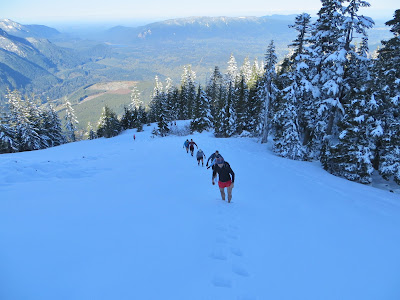 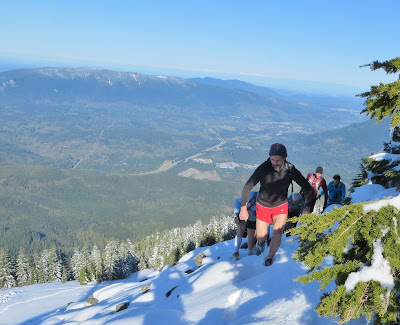 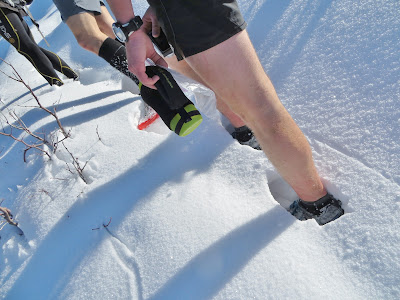 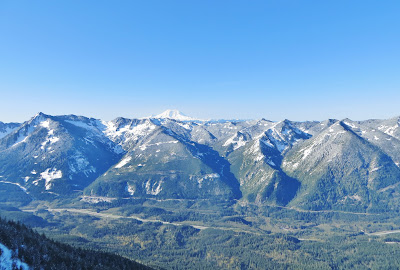 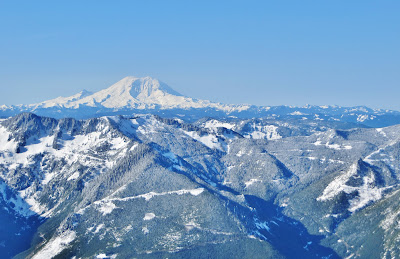