There's a reason they call my foot condition "Hallus Limitus." I'd like to start out by pointing out that the word "condition" has the word "con" in it. Just sayin. I guess I should back up. I've been pining for a real doctor diagnosis on my foot for at least 2.5 years. Before folks were required to have health insurance, lest they be fined into the system, I didn't have insurance. I honestly didn't think I could afford it at that time nor did I think I needed it, but I had this nagging and increasingly intense pain in my right foot, just under the big toe that was very sharp, deep, and gnawing. The pain felt as though someone was drilling into the very middle of the joint. The sharp and gnawing pain would last a few seconds to half a minute in some very severe cases (when I was deep into running a 200 miler last summer). After a DNF at that 200 miler (mile 175-ish) my foot was excruciating, which is saying something because I tend to ignore and downplay most pain. My foot was twice its normal size, throbbing, and it was hard to walk on. So naturally I thought I had a stress fracture or that I was going to drop dead. One or the other.

One x-ray and a few doc appointments later, I was told there was no stress fracture and no arthritis. So what the hell was going on in that toe? I recovered, moved on... I thought. Yet whenever my mileage went over 70 mpw (miles per week) the pain would become increasingly intense, both during rest and running. Fast forward to two weeks ago, I now have health insurance, a foot doctor and a real live appointment with the doc. Another x-ray and lots of prodding later, I was told "Hallux Limitus." Ok, so what exactly is that? Hallux stands for big toe, and Limitus - the increasing lack of motion in the big toe:

Hallux rigidus is considered by many podiatrists to be the end stage of hallux limitus, or a state in which your ability to create motion in your big toe is lost or severely restricted. Hallux rigidus may lead to long-term damage of your first MTP joint, and it usually involves erosion of your joint cartilage and the development of osteoarthritis, or degenerative joint disease. Hallux rigidus is a condition characterized by near-ankylosis, or a state in which your big toe becomes stiff and immobile due to the partial fusion of your involved bones. ---https://nwfootankle.com/

My doctor measured my toe and metatarsal bone lengths as well as the cartilage and determined that due to genetic foot bone lengths and my ultra running, this condition has developed to the point that its progression is guaranteed to continue. Now that I am aware that the issue is nothing I can just rest and recover from, I am ready to let it go. I guess I'm saying that I will do what I can to slow the progression of the issue but the prognosis is considered self-limiting and there doesn't appear to be a "cure." So I'll just integrate the experience, the pain into my life, as we do with so many painful things in life. I refuse to allow anything to "limitus" me, let alone my toe. I'd rather become friends with it. Friends in pain, and sometimes not in pain.
Did I tell you I've been unable to breathe properly as well? Might as well throw that bombshell in too. I have always struggled with bronchitis type conditions, severe pneumonia as a child where I was coughing blood, and more recently, a diagnosis of exercise induced asthma. Rather than go in depth into the process I struggled through to determine this recently, I'd rather talk about how I feel that racing hard 100s and other ultra runs has severely stressed my lungs. I think we all are predisposed to different issues. We tend to hold stress somewhere, for me it has been in my lungs. In Chinese medicine, the lungs represent grief. I think that this combination of grief from recent life experiences and stress from extreme long distance running has damaged my body's ability to deal with lung based stress, hence the asthma conditions, which can be so bad some days that it's hard to walk up my stairs from the 1st floor to the 2nd floor.

Before you even think to feel sorry for me: know that I really just want to explore my experiences in writing, and with my readers, but do not think for a second I won't kick your ass in my next race, if given the chance. I'm healing, taking time for exploring natural therapies as well as Western medical practices to get all these issues under control. I think that because it's very difficult for me to be vulnerable AND feel vulnerable I have been silent on these issues. I've only shared them with a few people. Now, I'm ready to write about them, to conquer them, to continue my path toward creating some of the most epic trail running events ever... Promise...and to running my strongest races yet.
If you don't believe it, then I'll just have to show you how it's done. In the meantime, enjoy some 200 mile porn. My 200s and my 8 other events have been keeping me busy, full time. Especially this time of year with Bigfoot 200 just one month away and Tahoe 200 two months away!! So excited honestly, we have some amazing runners and we are filming a documentary about them this year. Sometimes, running isn't about "me" but even better, it's about leaving a legacy, I hope. One that pushes people beyond what they think is possible until they realize their true infinite capabilities. I'm not just talking about elite runners here, I mean to show the couch potato, the average runner that even they can inspire themselves, and thus the world. 200s are conquered by the mind first, the body second. 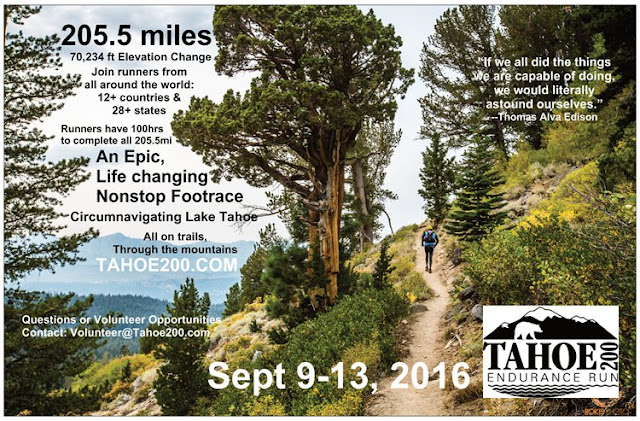 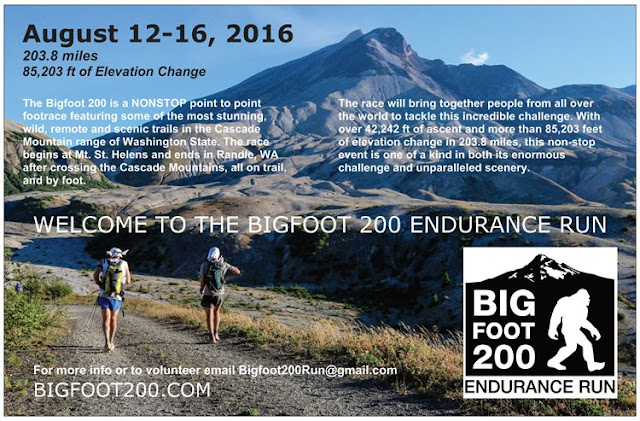