A quick update for those of you who are curious about where the heck I've been this past month and how my ankle fracture is doing:

Tahoe 200: I spent the past 5 weeks in Tahoe preparing for, organizing, and directing the Tahoe 200 Endurance Run. No, I did not run the damn race! If I get asked that question one more time heads are going to roll .... :) You cannot organize a world class event and run in it. It is my dream race, which is why I created it, but there are plenty of races for me to run that I don't also need to organize and execute. See this article for a quick race recap: Inaugural Tahoe 200 Goes Off Without a Hitch
I also recorded two podcasts with Trail Runner Nation before and after the event. Listen here:

How to be Tough as Nails We talk about the Tahoe200 and how to be tough while training for long distance events.
Tahoe 200: What if I can? I co-host an interview with 2nd place Victor Ballesteros

Ankle: Since my win at Zion 100 in early April I've been injured and unable to run without pain. After a month in a walking boot in July/August and more time off from running due to general busyness organizing the T200, my ankle has healed up as noted in this post where I ran 40 miles without any pain! I am beyond excited!!
Timberline Trail Around Mt. Hood: 40 miles, 9,500 feet of ascent

I started in the early morning hours carrying enough weight in my brand spankin new Ultimate Direction Fastpack 20 to simulate my unsupported run I will be doing in October of the Tahoe Rim Trail (170 miles). Because my pack was heavy and I'm just getting back into running long I settled into a 3-6 mph pace for the route. I ran clockwise beginning at Timberline Lodge. By the end I was mostly fast hiking (still passing folks) as the trail just kept going UP, UP, UP around the South West side of Mt. Hood.

A few tricky places: The Timberline trail is relatively easy to follow without a map, especially if you are like me and have already done it once before. The sections that are tougher route finding are generally the south and south west sections that cross through glacial canyons (the larger river crossings). Generally, if you keep an eye out you can find the trail on the other side of the canyon by following rock cairns. I also try to spot the trail when I'm descending into the valley, it's always easier to spot it on the other side when you're high up. Elliot glacier/river crossing was uneventful except that I went too far up the rock cliffs after crossing the river and had to descend to follow the cairns to the trail.
The Ultimate Direction Fastpack 20 was INCREDIBLE! Wow, I'm in love with this pack. It is super light weight designed to be like a stuff sack with a roll top closure. there are plenty of pockets in the front and back including some very handy water bottle holders. I love the nice tough of having pull cords that can criss cross the back of the pack to tie everything down and keep things inside the pack from bouncing. I fit a 100oz bladder in it. Although I had 15# of stuff in the pack I had absolutely no chaffing and my shoulders and back felt great, it fits like a vest. And the thing you've all been waiting to hear: the color of the pack ROCKS! Dark green with yellow accents. Friggin Epic pack. It's here to stay.
Pictures from the trip 9/15/14 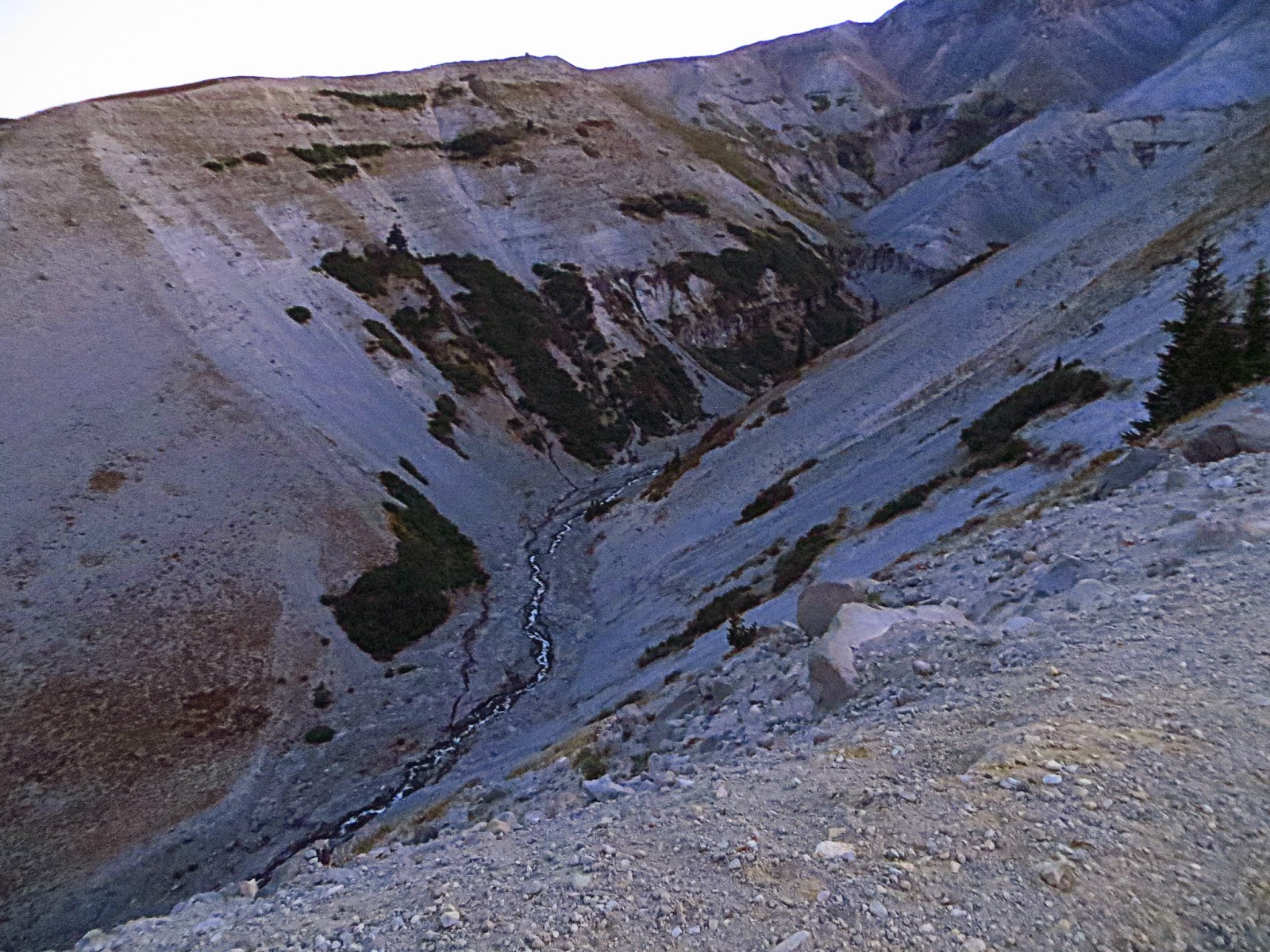 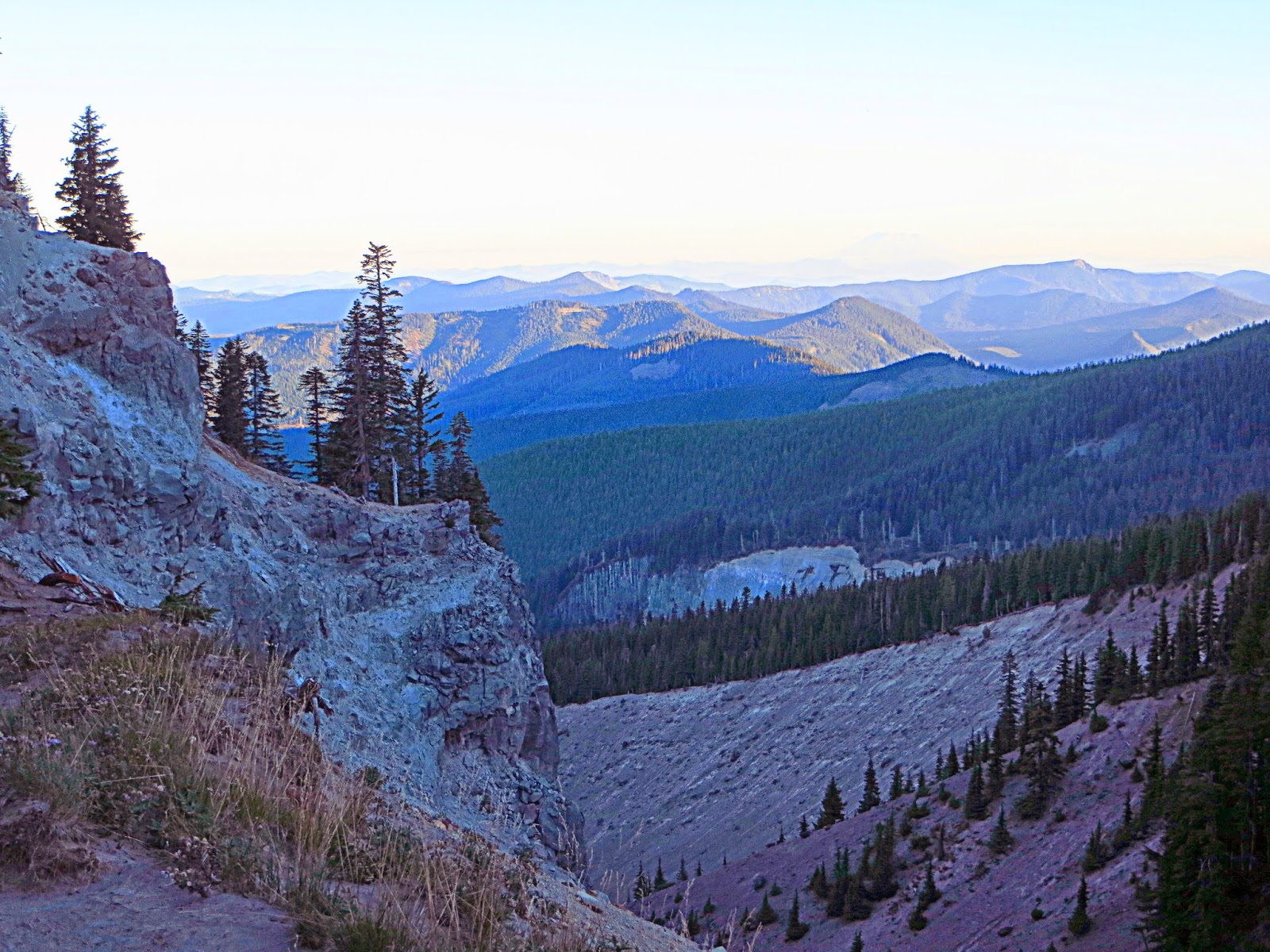 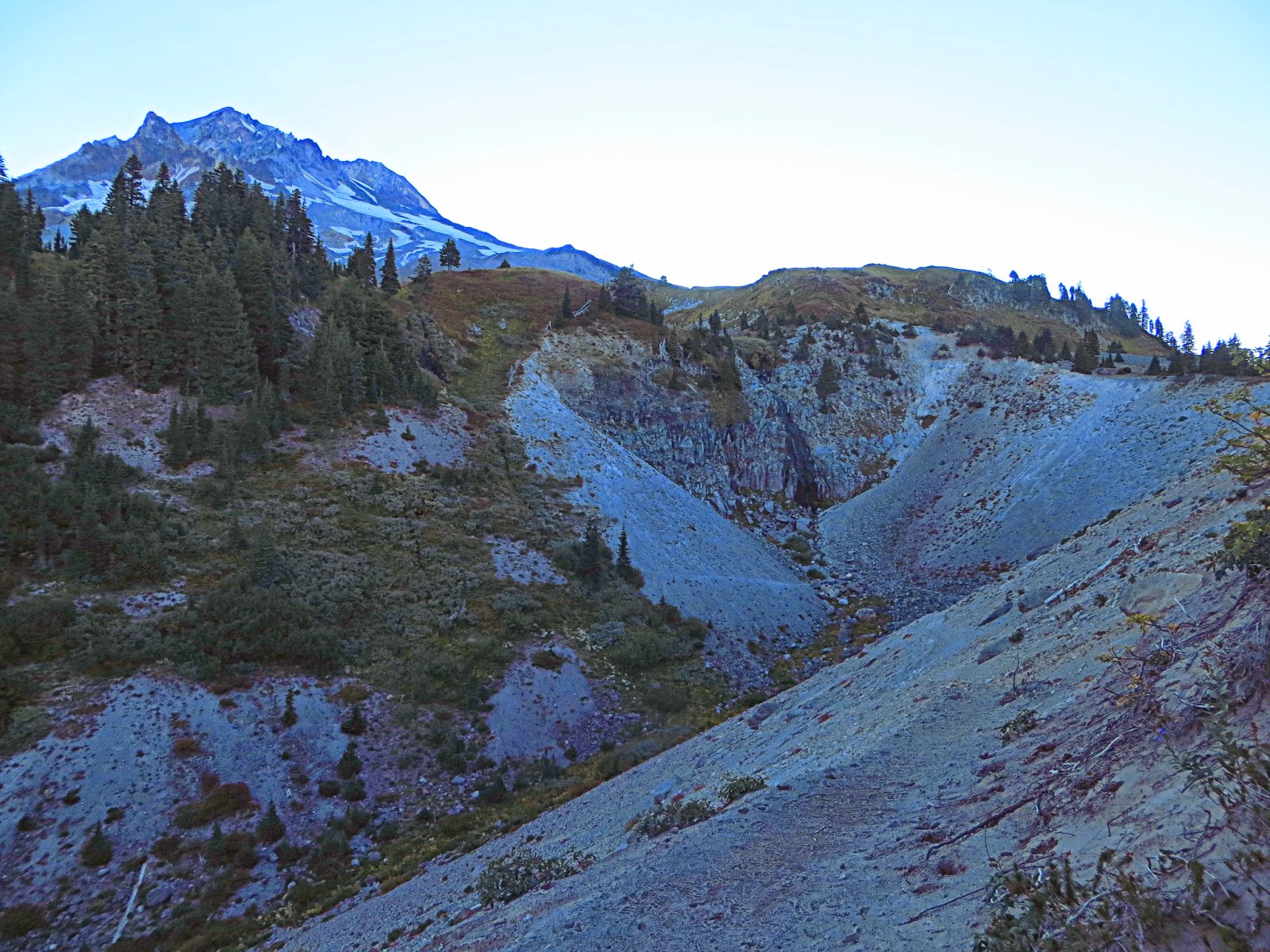 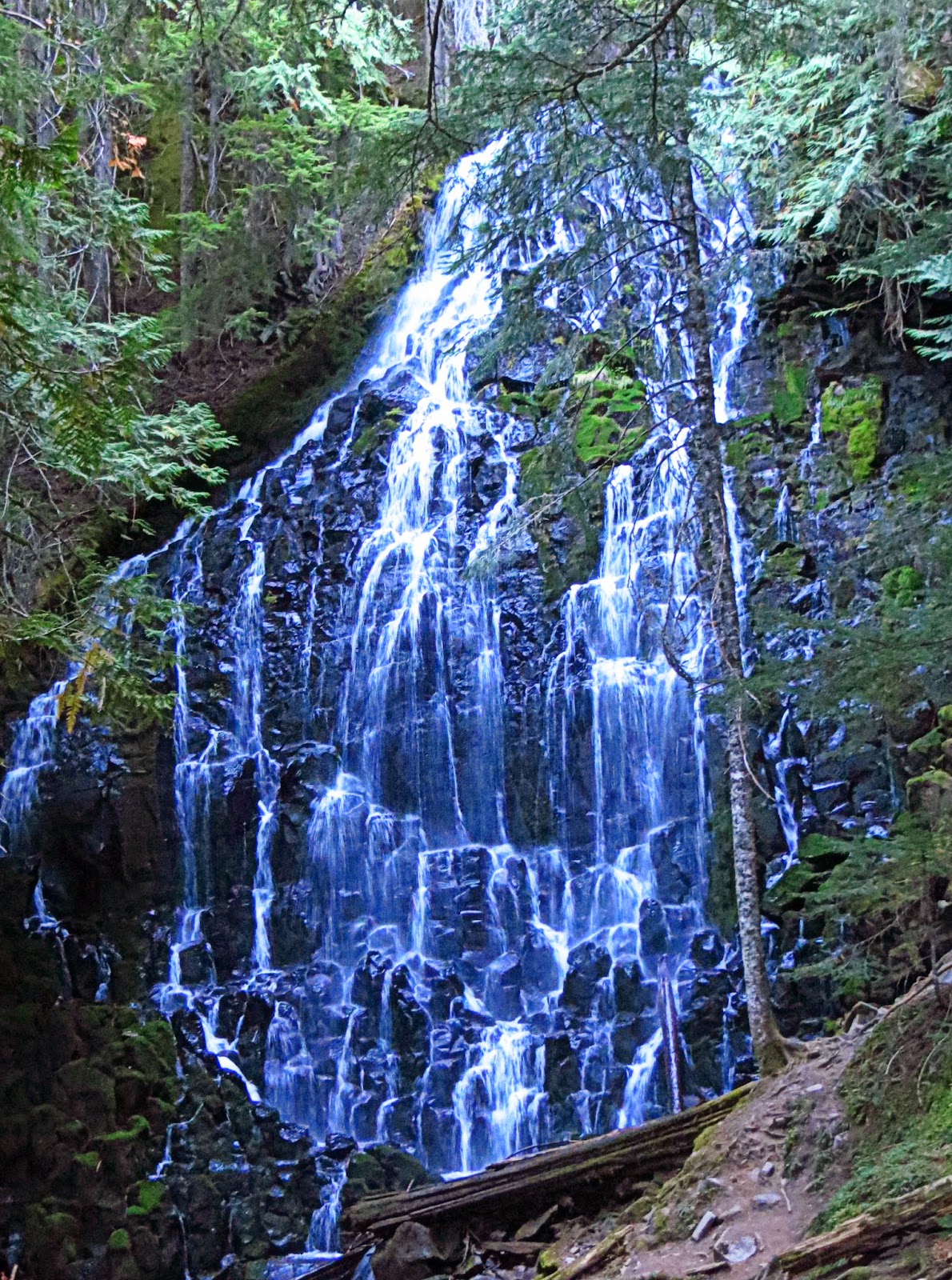 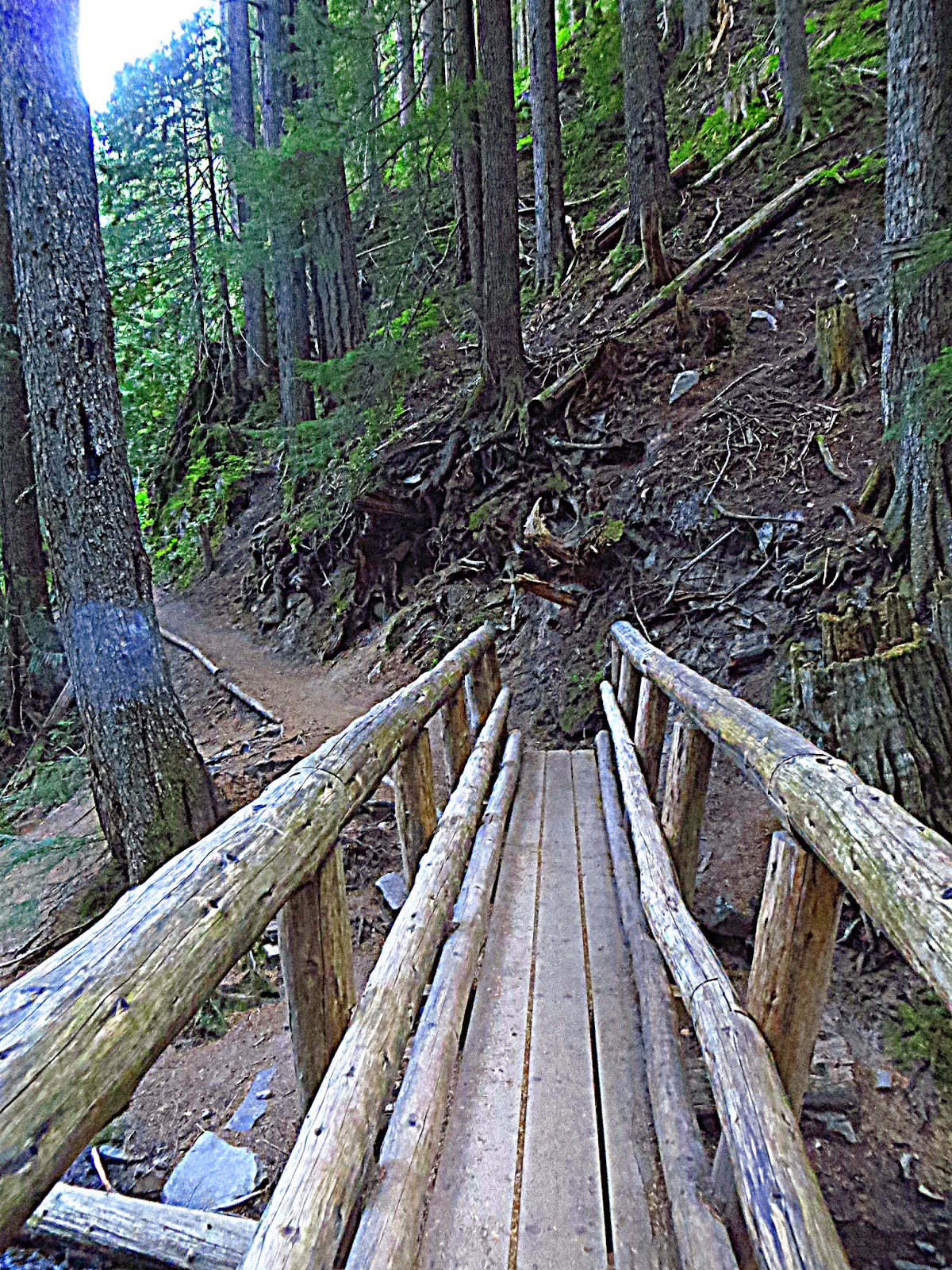 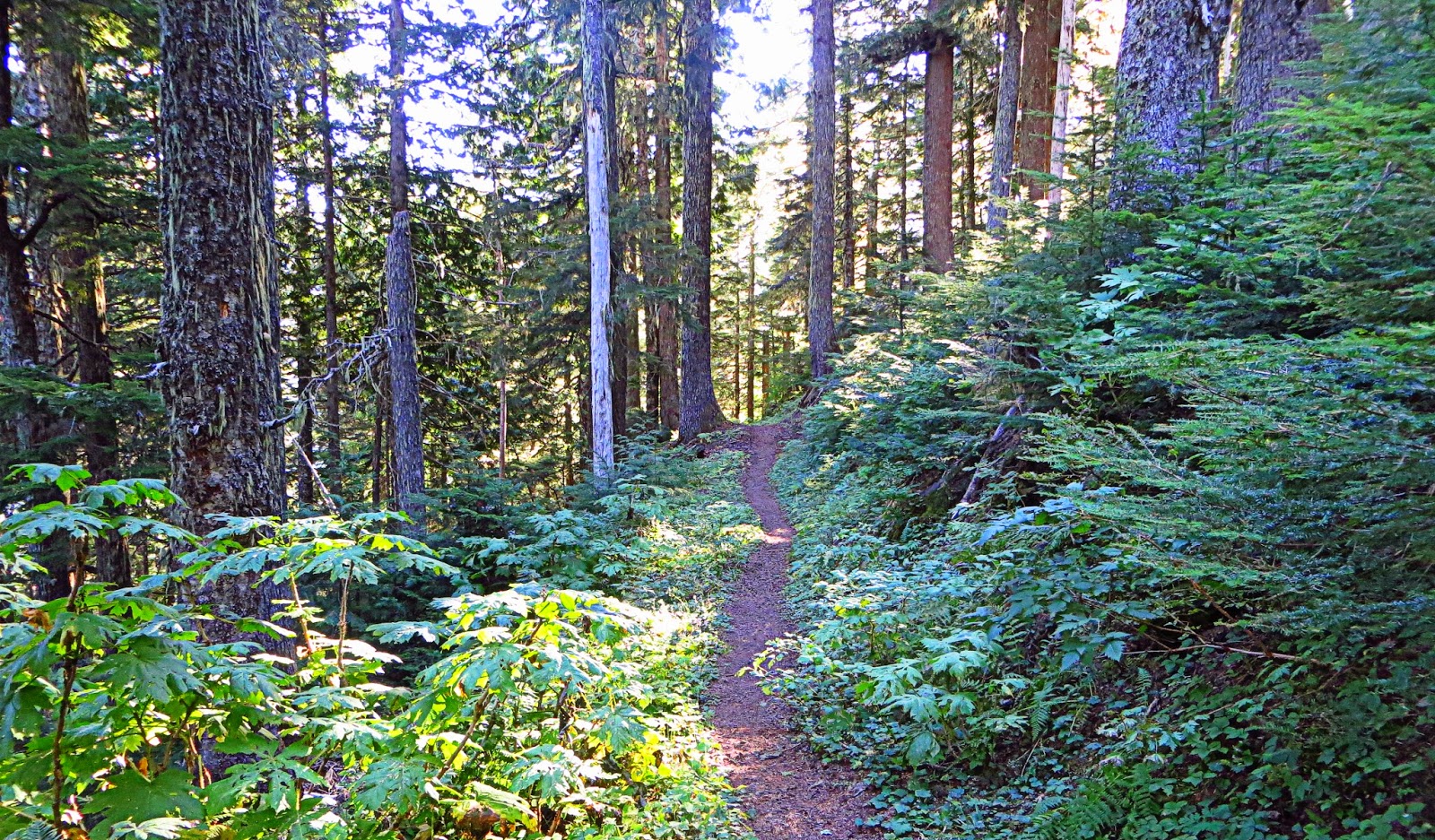 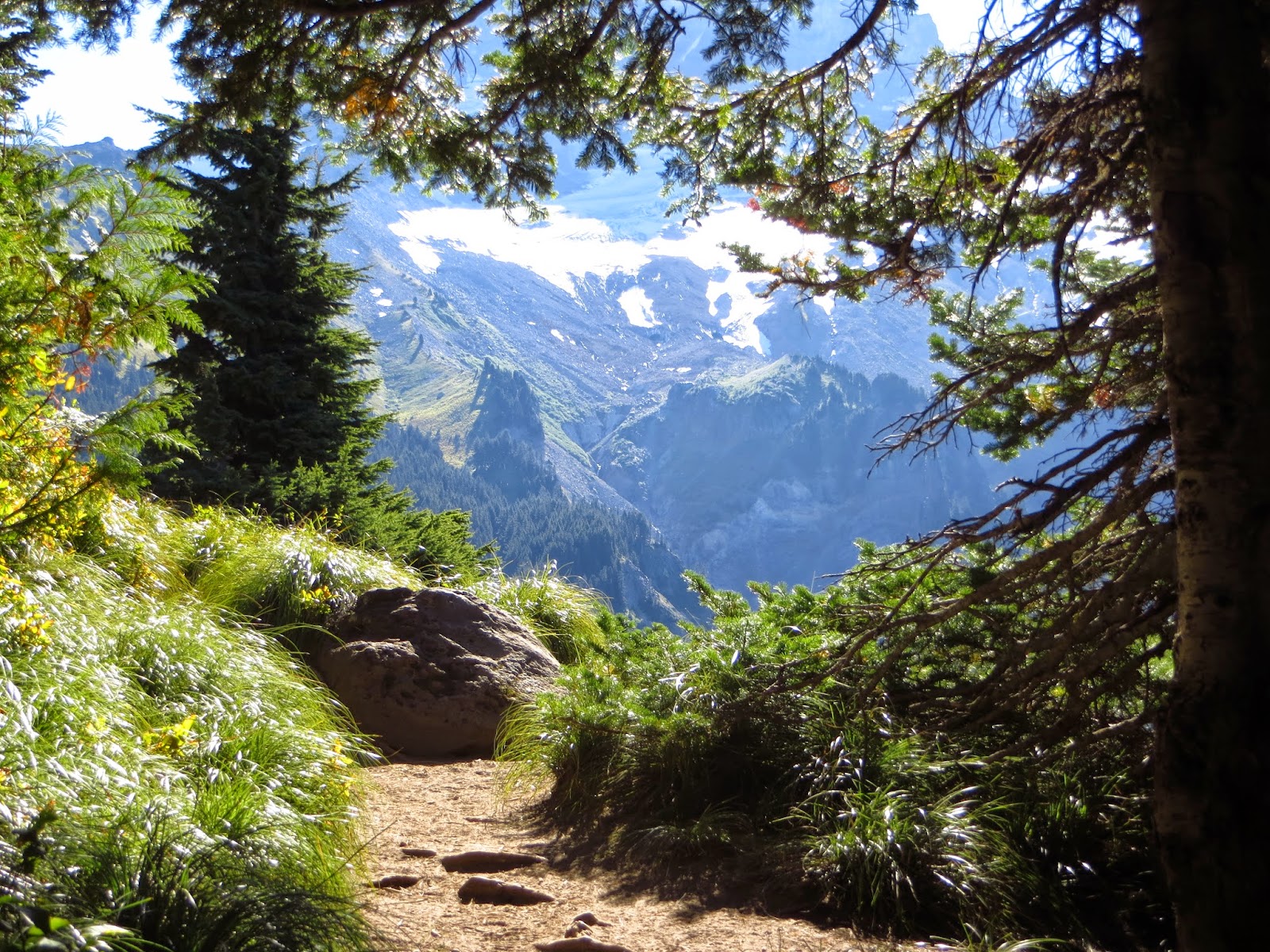 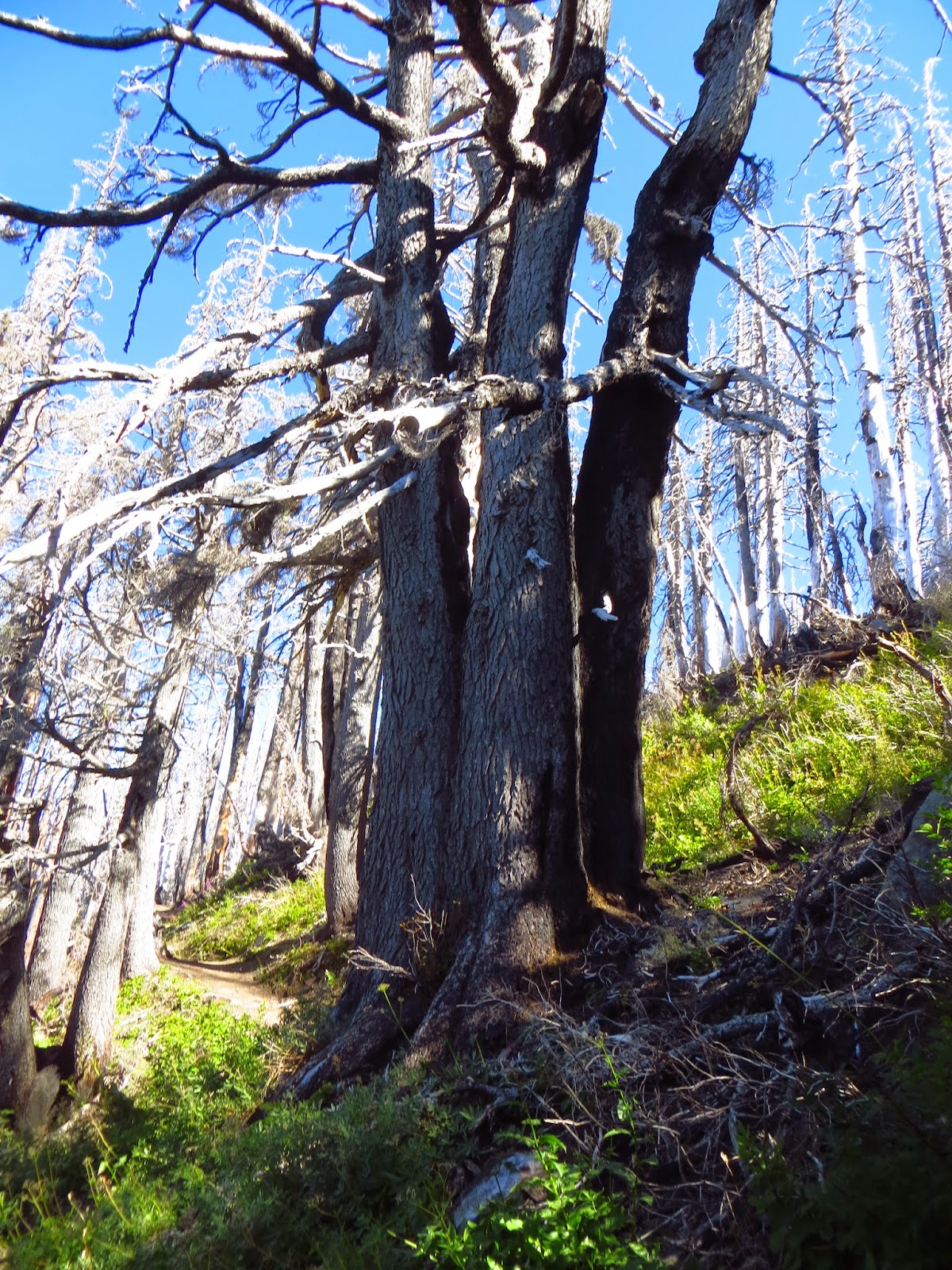 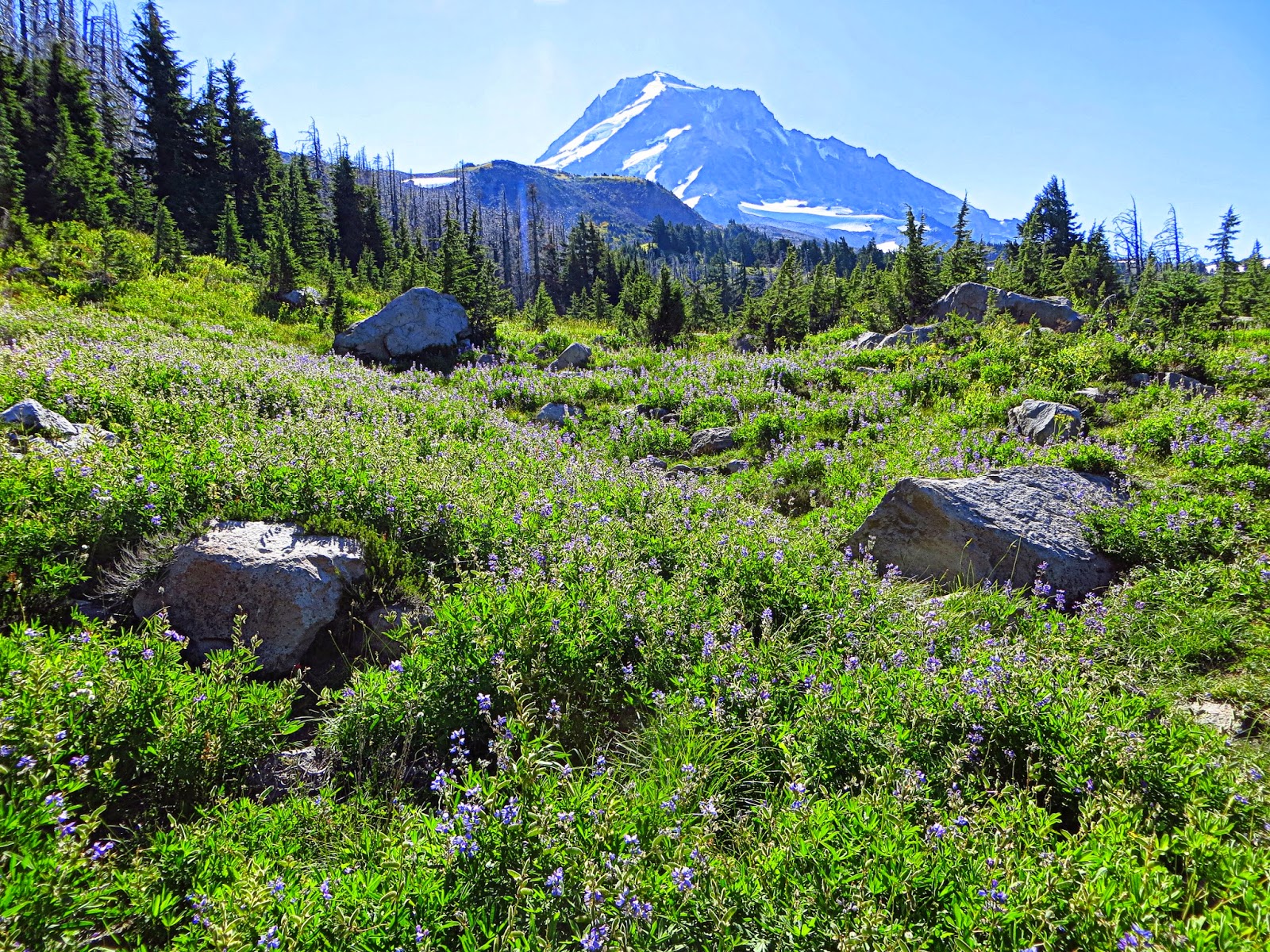 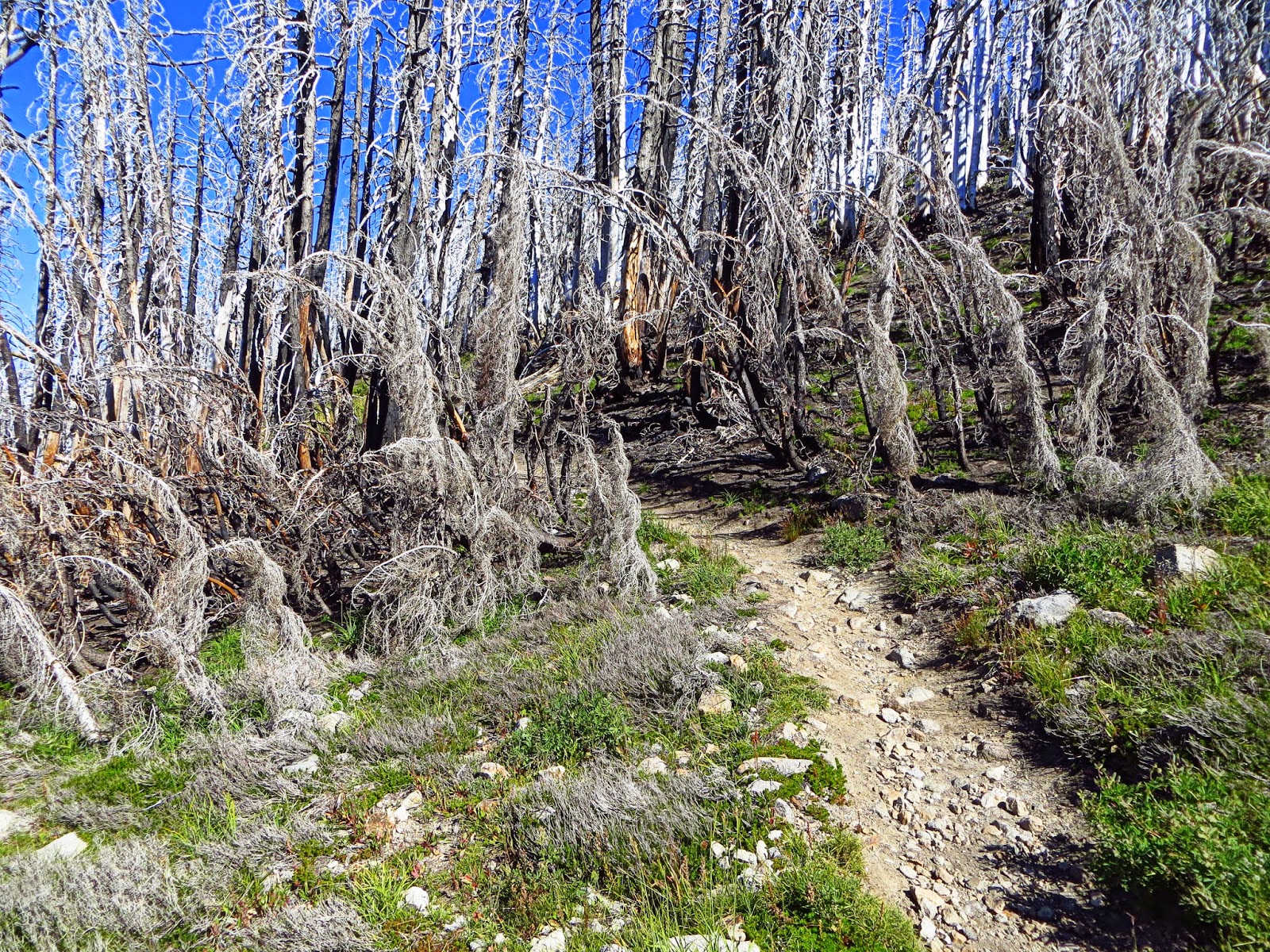 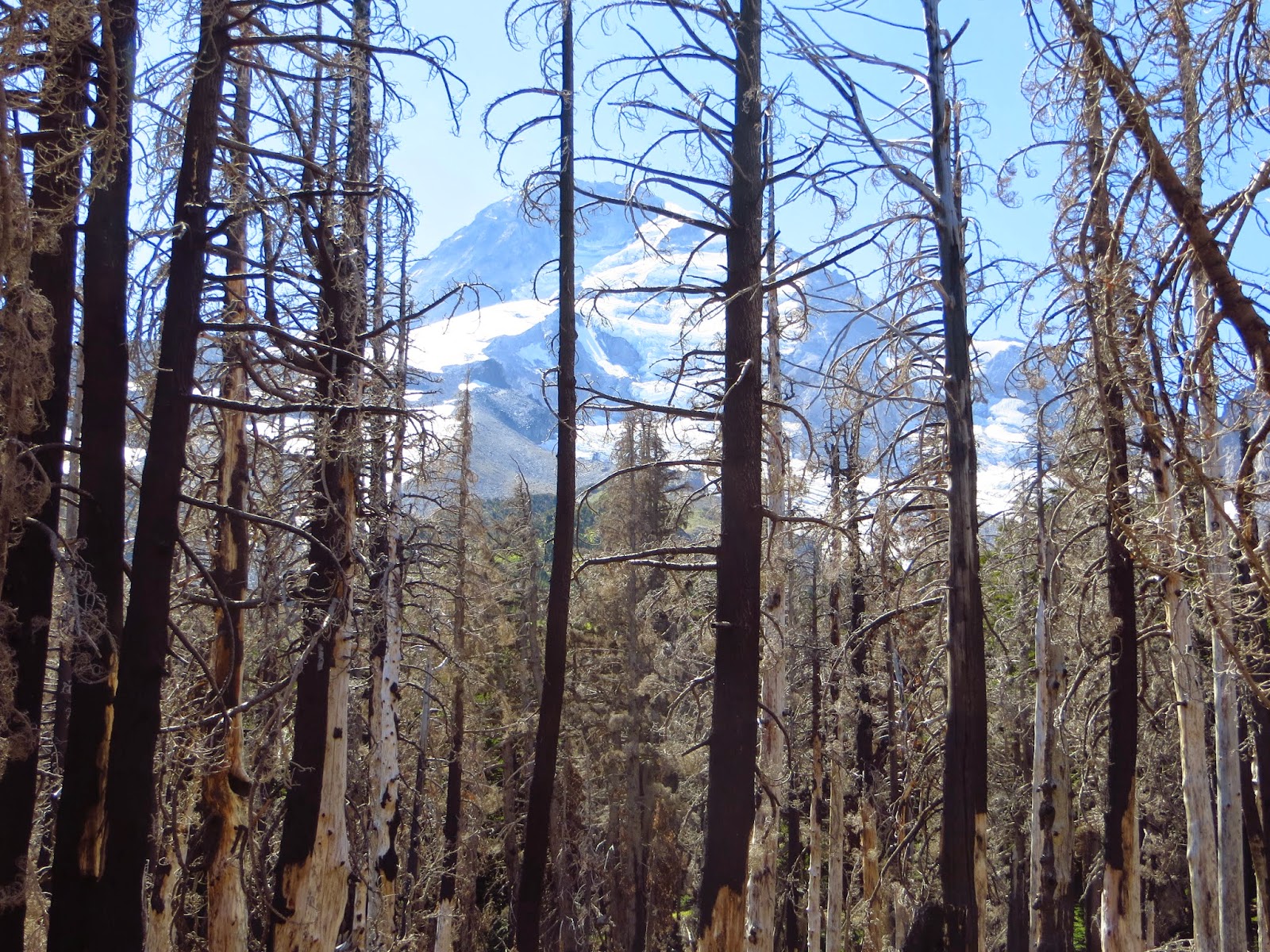 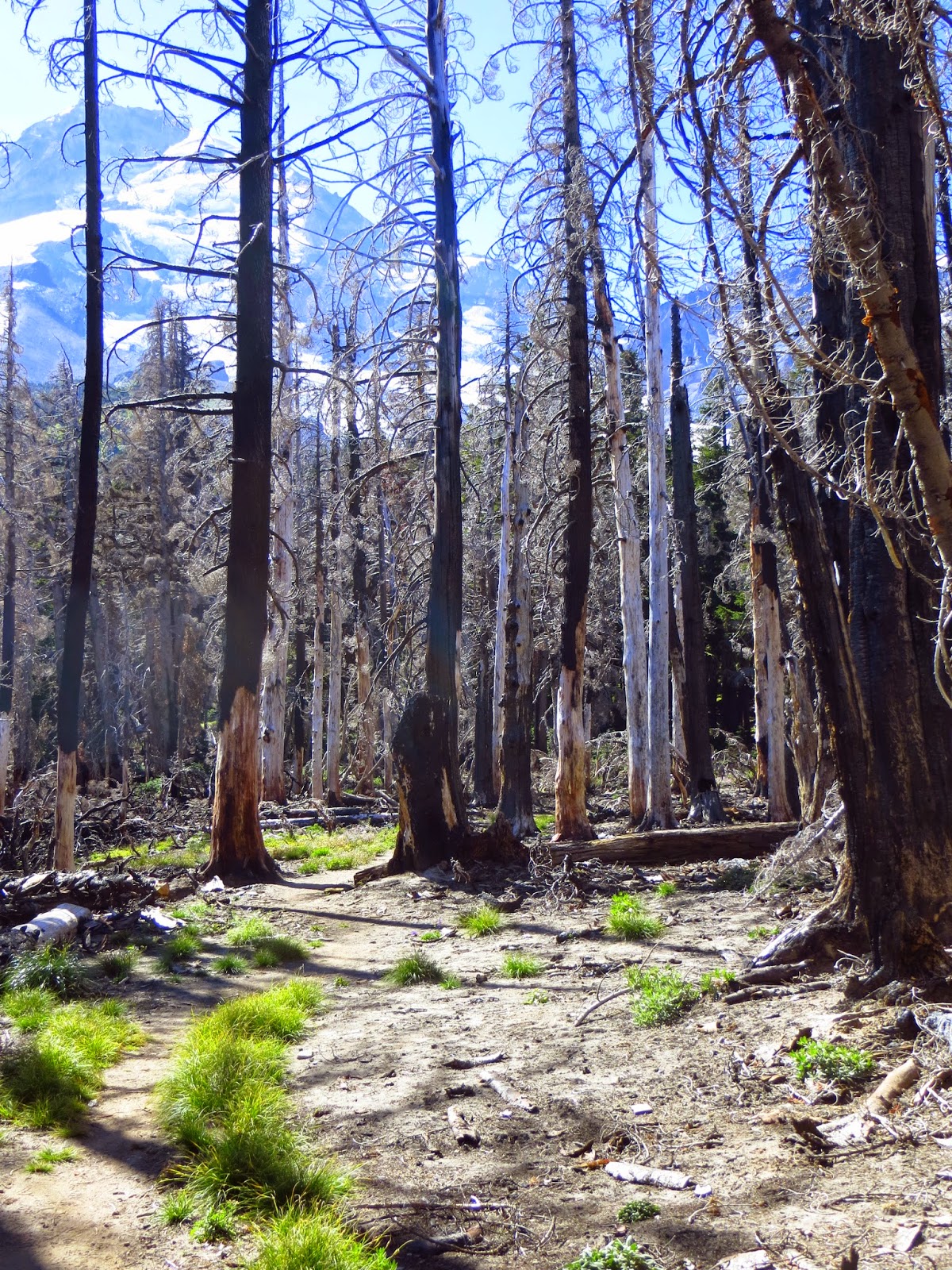 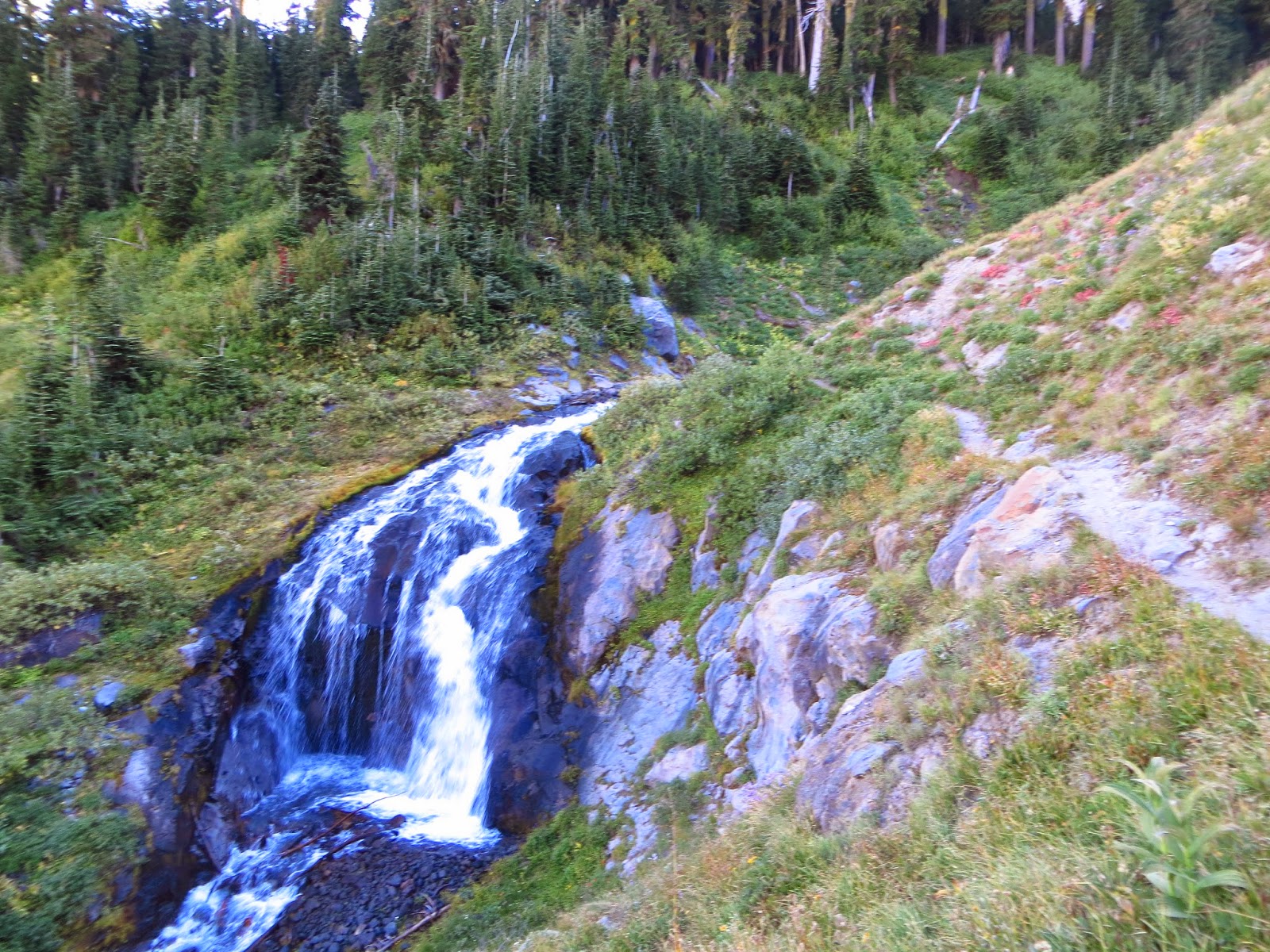