The key to survival?  Lower intensity running, lots of sleep (could have done better here), icing and massage.

This was my second scouting run for the Plain 100 mile race, and spanned most of the second half of the race, about  40 miles and included the entire second lollipop of the course, without doing the last 7 miles, which you do first anyway (an out-and-back).  James joined me 7 miles in as he wanted a slightly shorter run.  This left our car at the top of the stem of the lollipop so that I didn't need to run the tedious 7 mile out and back again.

I knew it was going to be a little tougher to run this section of Plain.   I was coming off a 114 mile training week and just the day before we ran an amazing 18 miles in the Enchantments.  The Enchantments run  was well worth feeling tired on this run.
The first 7 miles of the second half of the Plain course was rolling, but very runnable.  It took a little longer to navigate due to the numerous roads intersecting the trail.  By the time James joined me, the trail began to gradually climb.  It would gradually climb for 33 FREAKING miles! Most of these miles were in the trees and not particularly noteworthy.  It took a good 25 miles to get some views of the mountains and alpine meadows.  There were many false "tops" and the trail woudl contine yet again upward, albiet gradually.  I was so ready for the downhill by the time we reached the top. 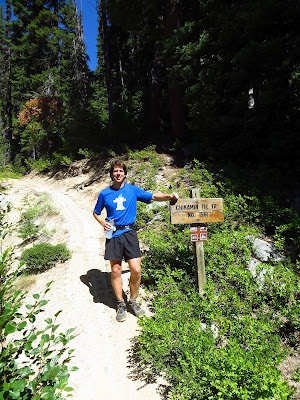 James hung back a bit for this section as the dust on the trails was pretty bad and following another runner closely would ensure a cloud of that dust in your face the entire way down.  My shin began to really bug me, the pain getting sharper.  I stretched it and massaged it, which did the trick enought o pick up the pace again.  I made a note to myself that I need to get  on the Tx for the shin tendonitis: massage, ice, arnica.  But that would have to wait until tomorrow. 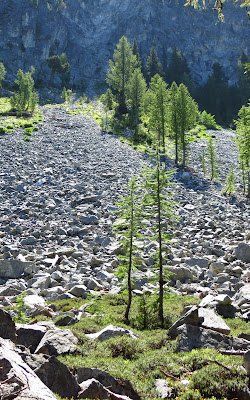 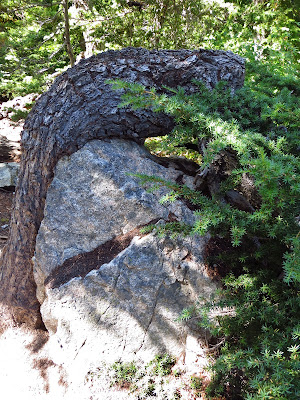 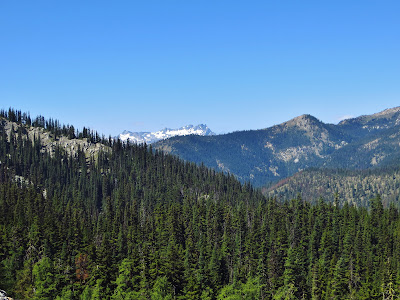 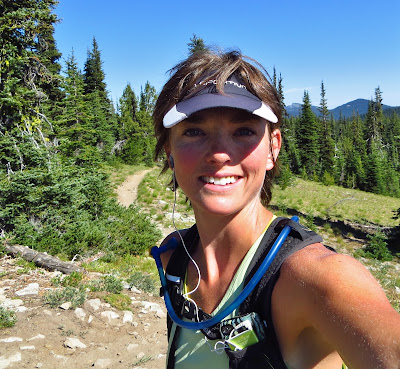