Will it stop you? 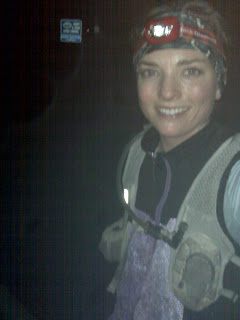 An excuse won't keep me from getting outside and doing some running.  At any given time I can come up with at least a handful of reasons not to run.  I can also think of at least as many reasons to run.  So what's one to do?  Run of course.  Today my list was as follows:
Excuses not to run
legs tired from 3 hours of dancing last night
sleep deprived
still having tired legs from last Saturday's race
heel pain that's aggravated by running, but is getting better each day.
it's dark
it's raining
it's dinnertime
I'm late to pick up my car

So I ran anyway and yes it was harder than usual for many reasons, but it felt so good!  I'm starting to enjoy running at night too, which is a big step for me.  What will tomorrow's excuses be?  It won't really matter.

Happy Running, get out there even when it's not convenient or easy!