I think James took me seriously when I said my goals for post-Washington Ultra Running Series is to do a 50K every week.  This week (November 20th) we ran his future Gorge Waterfalls 50K course.  James mapped the route out with GPS to determine the elevation, distance, and what trails to include in the race.  Bushwacker, of Portland, joined us for the entire run, which is a point-to-point course.

The course starts near Cascade Locks, Oregon.  It begins with a steady uphill and stunning waterfalls with views of the Columbia River Gorge.  After the first few miles we began the first decent with many views of waterfalls, moss covered rocks, all on very runnable single track trails.

The last third of the race has fewer waterfall views, instead there are views of the Columbia River Gorge and a lot of running in the mossy and magical woods.  Overall the elevation gain and decline is pretty mild, probably around 5,000 feet gain.  On the GPS James got 6,000 feet, but on the Garmin Bushwacker got 5,000 feet.  The course feels "rolling" and will likely be a fast race, with lots of runnable hills.

This race is sure to be one of the most scenic 50k's in the Northwest!  Don't miss it... March 12, 2011
Visit Rainshadow Running for more details 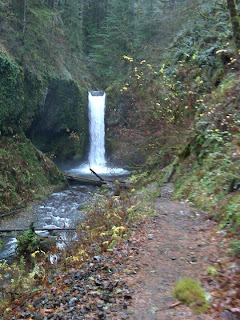 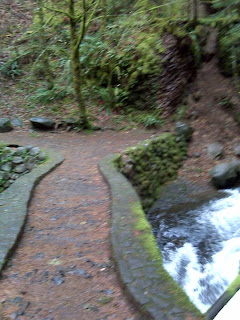 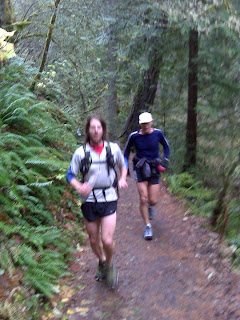 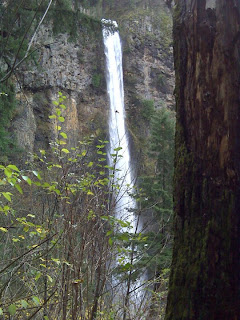 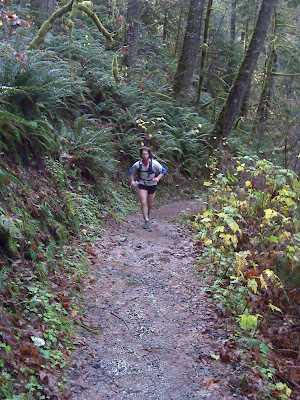 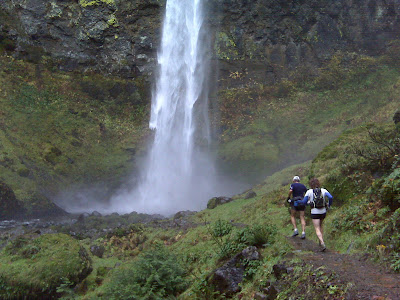 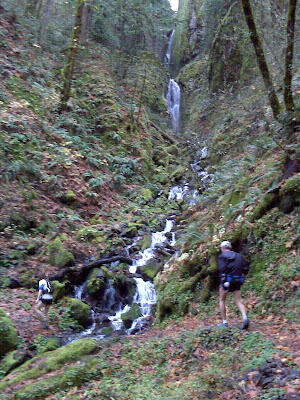 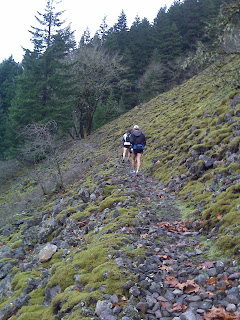 Sunday
Recovery run at Forest Park in Portland.  Hey-- you P-towners have some pretty sweet trails right in town! 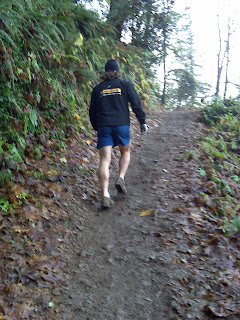