Waterfalls and Rain at Eagle Creek Trails in Oregon 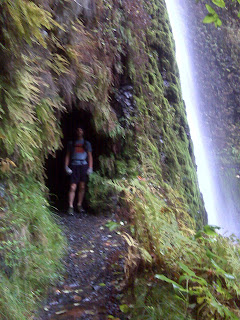 I was in Northern Oregon this weekend keeping James company while he mapped the trails at Eagle Creek.  Eagle Creek is Just south of the Columbia River Gorge and near Cascade Locks and Hood River.  On Saturday we did a 24 mile run through the trails, braving the cold and wet weather.  The trail's many views made up for the inclement weather and the overgrown trail.  During the first six miles we ran past, and in one case we ran through, many waterfalls as the trail followed Eagle Creek, see map.

Some time soon after that, around 6-7 miles out, the trail left the river and began climbing up through the woods.  It was here that the trail became really overgrown, with a lot of brush growing into the trail.  Due to rain from the previous night and from that day, the brush became a booby trap full of water!  With each step we would soak our feet, legs, and in some cases our hands and arms.

About halfway into the run we took a side trail up to a wonderful lookout at Tanner Butte. On that cloudy, wet day, the butte had a view of mountains and waves of clouds draped over the landscape, settling in the valleys and over the river gorges.  Had it been a clear day, we would have had an incredible lookout for miles!

During the last 6-8 miles the trail widened and began to descend gradually all the way to Route 84. At this point we ran along a paved side trail to where we parked our car at Eagle Creek Trailhead.

There are a lot of fun things to do in the area in the evening as well.  We had dinner and drinks at Full Sail Brewery and Celilo Restaurant and Bar in Hood River.  Afterward, we enjoyed some live music and dancing a few blocks away.

picture courtesy http://web.oregon.com/hiking/eaglecreek.cfm
This map shows the Eagle Creek trail as it follows the creek.  We continued on past Tunnel Falls. 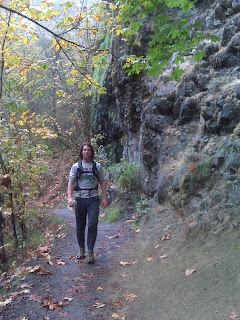 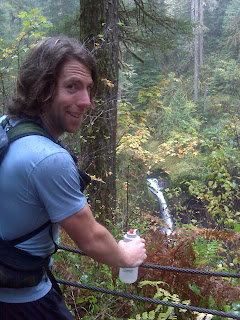 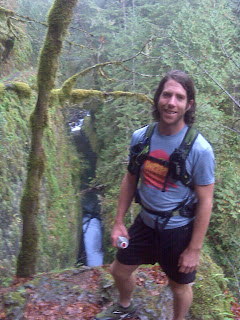 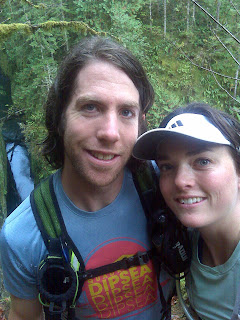 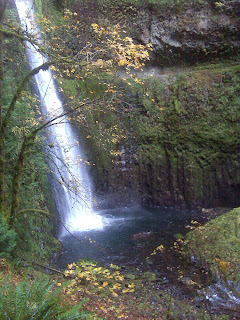 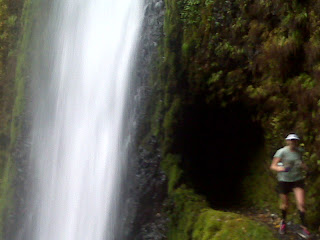 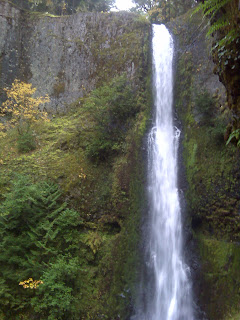 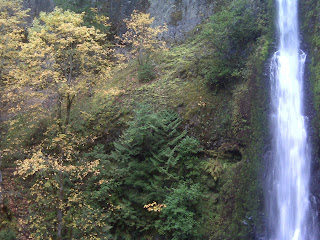 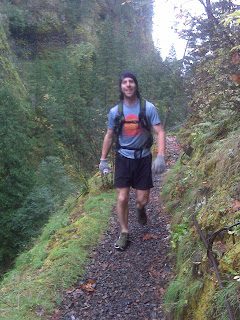 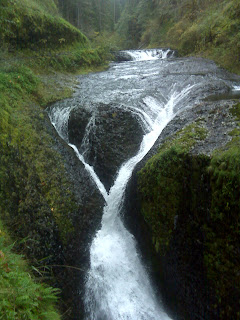 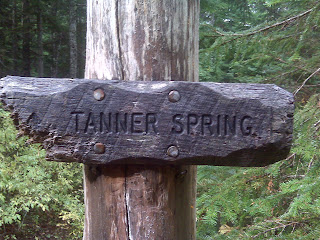 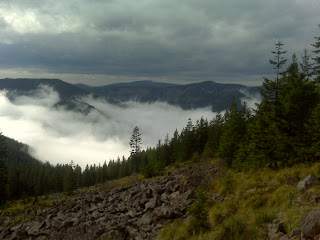 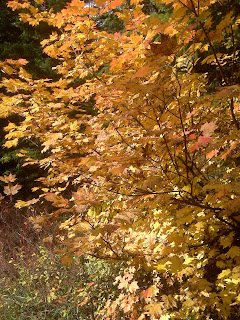 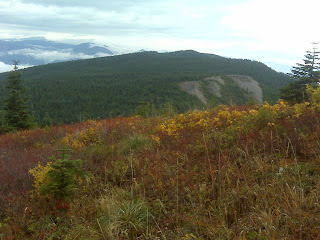 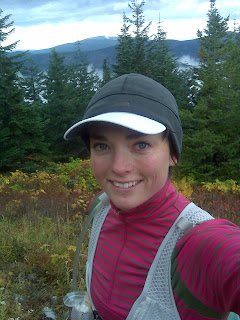 It was really cold, and I was barely warm enough at this point, partly due to being wet from the overgrowth and rain. 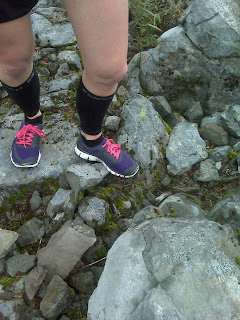 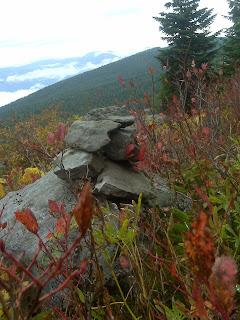 Views climbing up to Tanner Butte 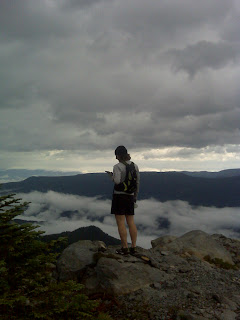 James mapping at the edge of the Earth and above the clouds, putting information into the GPS 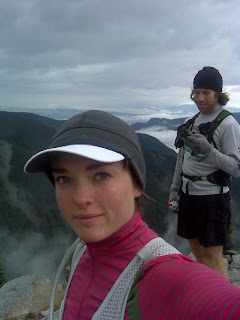 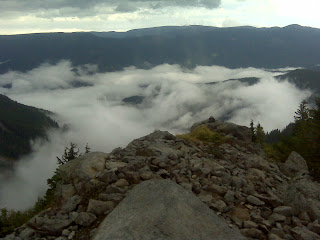 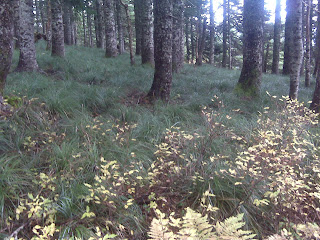 Forest view after descending from the butte. 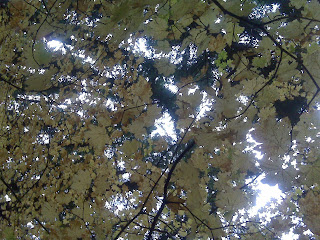 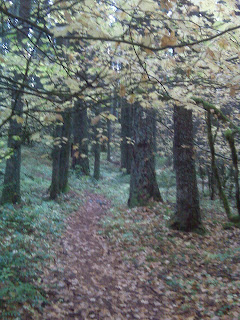 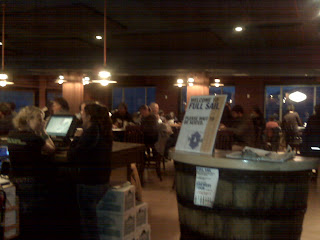 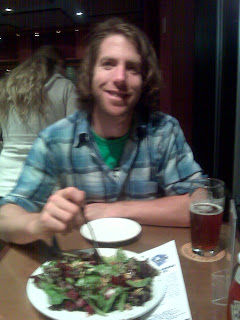 James and our giant salad 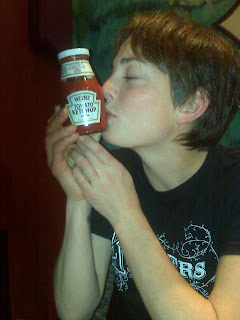 Yummm, Ketchup.  I just really like ketchup and I happened to get the silliest little bottle at the restaurant, hence the picture.