Small miracles of balance and strength

Who knew snow running was so hard?  From the first few steps in the 6-8 inch+ snow I knew I was in for an epic 21 miler. Or really I thought, okay I am ready to stop!  Such silly thoughts... must be ignored.    Each step was a small miracle of balance and strength.  My legs felt tired from the previous days run (11 miles), a regular lack of sleep, and a few months of almost weekly 50Ks.  On top of that, I came into the run a bit unprepared coming from Western Washington's coastal Whidbey Island.  I wore my minimal Inov-8 shoes and just barely kept my feet warm enough during the run.  I admit, I KNEW this was not a good idea.  I still did it.  At one point I asked William and James, so what are the signs of frost bite?  My toes did finally warm up after I put on an extra jacket (thank god) that I brought with me.

To give you some background, William, James, and I ran close to and on the Sun Mountain trails near Winthrop, WA during Thanksgiving weekend.  Winthrop received half a foot of snow the week before, and the temperatures stayed low enough that the snow remained.  We followed what at times looked like a snow covered trail and at other times looked like a snow covered field or mountain.  I'm not sure how the guys knew where the trail was, but I was glad they did!  A few times William and James had to stop and figure out where the trail was.  At one point James led William and me up a steep mountainside covered in snow, to find the trail a bit farther up.  How many more miles do we have left?

It was quite the adventure despite the many new challenges.  All in all, the run took us 7 hours to go 21 miles.  That's pretty freaking long.  Gives you an idea of the unusual conditions! 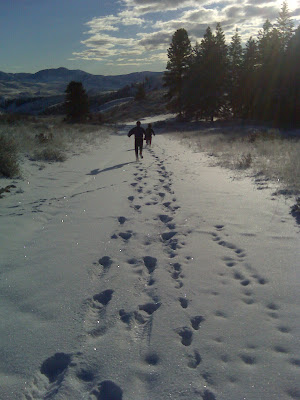 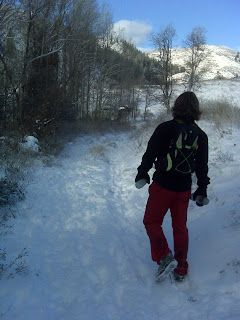 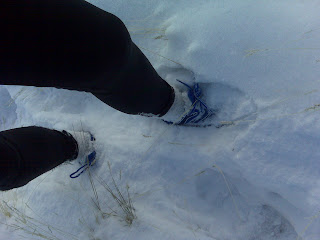 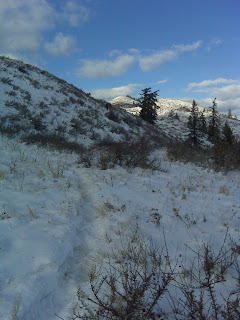 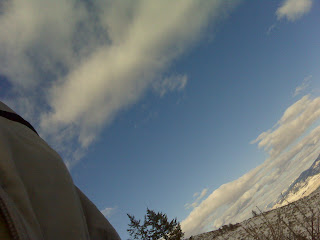 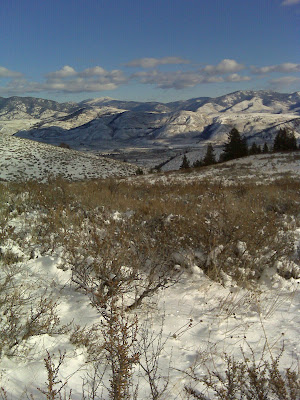 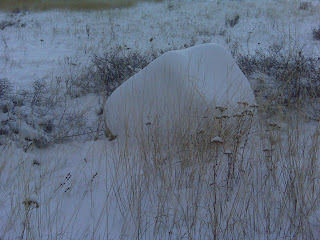 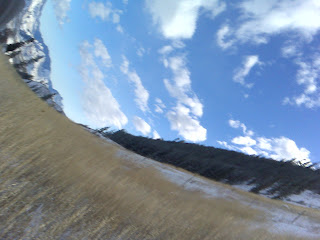 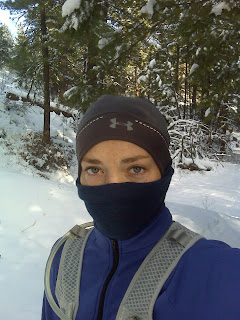