Squeeze in a 20 miler just two days before a big race directing stint? Why not!  We are pretty organized this week, not to say that we don't still have a lot of stuff to do.  Both James and I are training for long summer races/FKTs, so getting in some good running is a high priority. Plus how can we resist playing on the trails in such a cool place?
We did our 20 miles on the Blue Buck route.  The trail goes through a forest that was decimated by a big fire in the area (maybe 10 years ago?)  We followed a small stream and climbed gradually but steadily for 10 miles, wrapping around wrinkled hillsides. Although clouds began to accumulate from the very start of the run, the sun was ever present. The climb is gentle enough that we ran up much of the trail, making good time.  Trees crisscross the trail and it slowed us down on the way up. The last few miles go through sections of snow with lots of small streams that cut into the trail.

My hands and feet began to get cold as I postholed through a section 10 miles out.  Ok, I've had enough.  We head back, flying down the trail like a bird swooping on the breeze to the undulating hillside.  Me, trying to avoid rocks and terrain that lifts my right heel.  It shoots with sharp pain when it gets lifted in just the right angle. This has been going on for months, and only phases me a little.  We make good time down the trail, returning to the truck to head back into town.  We still have a full day of race directing work to do and it's 2pm. 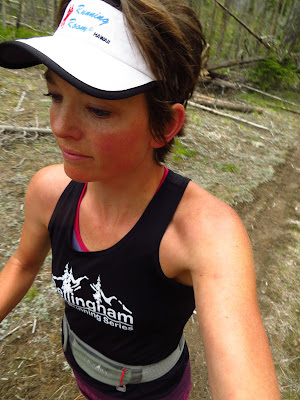 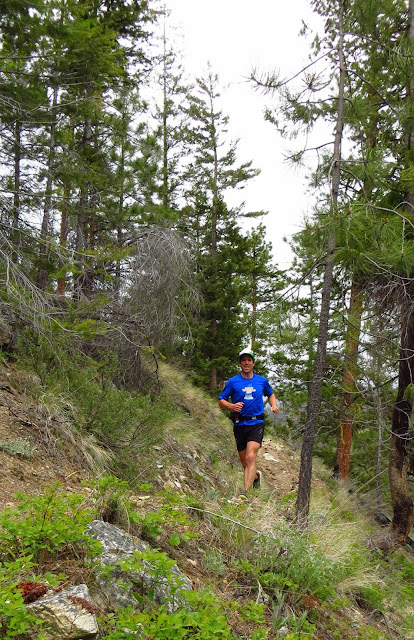